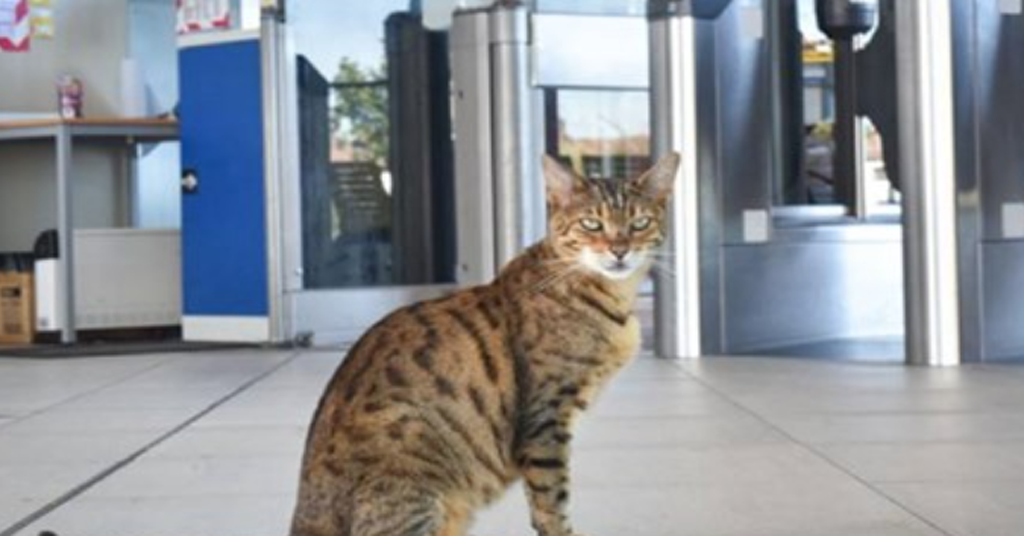 A Bengal cat with the original name Paul Newman appears every day at the station on the Liverpool South Parkway line. The pet lives with its owners in a private home located near the station. However, instead of walking freely in nearby yards, the cat prefers to come exactly to the station.
This habit began with the animal, even when it was a small kitten. At the station, he usually sits on a seat near the platform. At the same time, the cat does not come close to the rails, realizing that they are dangerous. 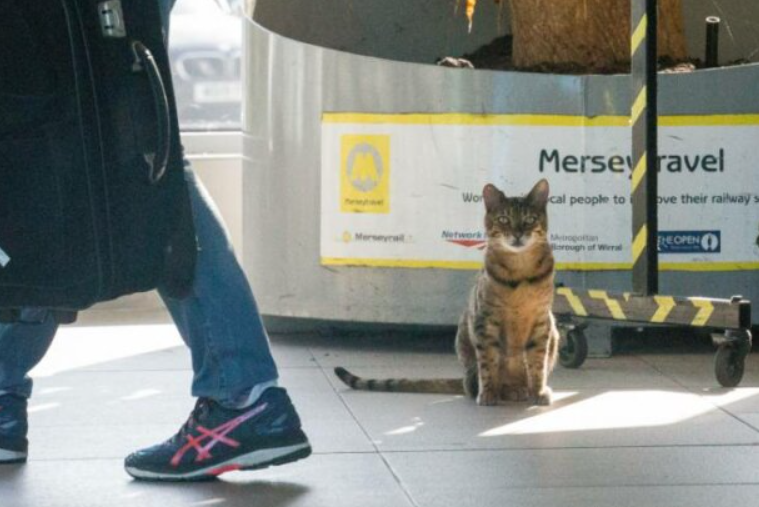 At first, pet owners tried to wean him from the habit of coming to the station, but over time they realized that this was pointless.
The cat immediately became a local „star“. Train passengers are pleased to think that the animal accompanies them and meets them, and that is why they often stroke it behind the ear as a sign of gratitude.
Local workers treat the four-legged visitor with special love. They even gave the cat a position of honor: now the cat works here as the „chief of customer relations“. 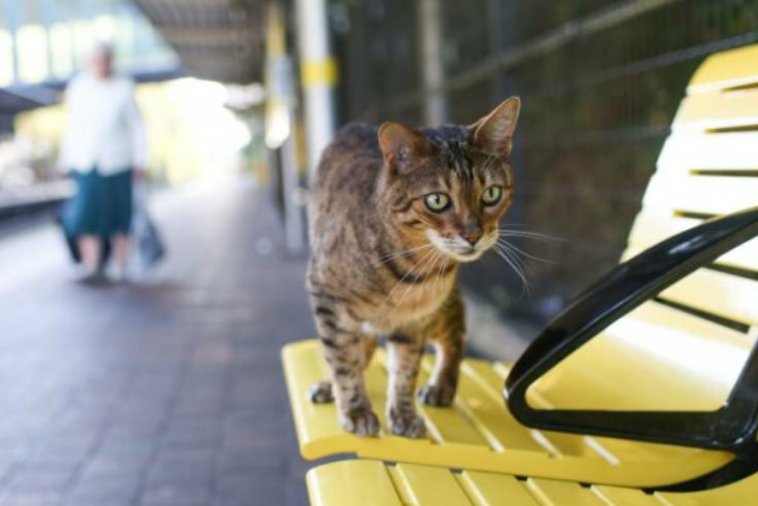 One of the employees, Allan Rov, meets Newman every day and graciously allows him to pet and even hold him in his arms.
Some employees explain the behavior of the fluffy guest with the fact that other cats of this breed also live in his house, with whom Paul can not make friends. That is why he often goes for walks.
In addition to attention and love, people give the cat cat toys, and local workers make sure that it is always full. The owners are already used to the fact that their pet returns home with a full stomach. 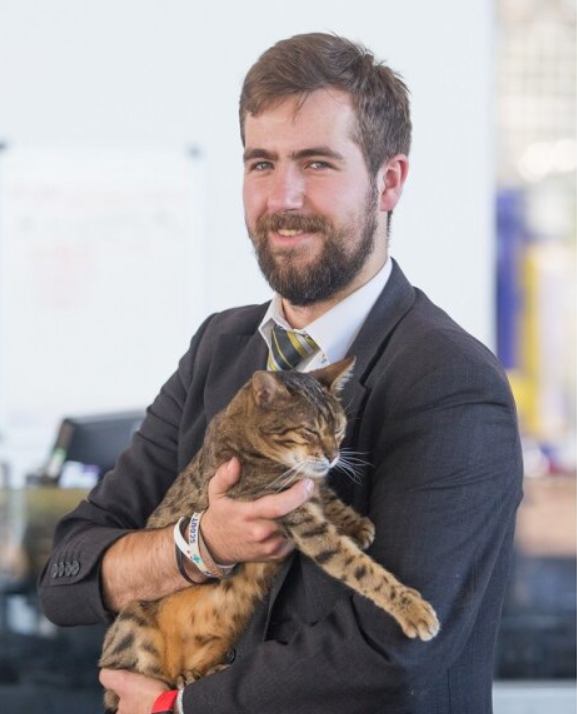 In the cold season, Paul walks less around the station and instead sits warmly at the cash register next to the heater. In the summer, the cat likes to sit next to employees‘ parked cars and enjoy the sun. Some passengers jokingly show the animal their tickets when it is near the checkpoint.
If you like the story, share it with your family and friends !!
Source: mimimetr
Read More : Opening her eyes for the first time in months, a homeless cat amazes everyone with its beauty
Next article Next Post
Previous article Previous Post
Next article Next Post
Previous article Previous Post